Since the day the automotive vehicle was conceived people have found a way to accessorize them. Sometimes these accessories presented an opportunity to make a statement, sometimes they’ve even been functional. Most of the time however they’re just a bit of fun, for those of us not taking life too seriously. When done right these accessories can increase desirability and even add value to your car. When done wrong you get an ugly car, in the worst case decimating its re-sale value.

Let’s run through some of the best (worst) car accessories from the past and present.

Fluffy dice otherwise known as fuzzy dice were birthed in the 1950’s and are believed to be traced back to American fighter pilots during World War II. Before pilots would embark for a sortie, they would put a pair of dice on their control panel, with seven pips showing for good luck according to ThoughtCo. It’s also speculated the dice represented the metaphorical “roll of the dice” engaging in these sorties would be. Hundreds of pilots were losing their lives every week.

Upon return from the war many men continued this tradition and the fluffy dice became one of the first, if not the first accessory sold to be specifically hung from the rear-view mirror. Following which the market exploded and soon you were able to find fluffy dice in a range of colours, materials and sizes.

If you’re feeling nostalgic and feel like reviving the fluffy dice accessory, think again! Having anything hanging in your car which can obstruct your vision may just get you a nice fine contrary to a 1993 study which found drivers with fluffy dice were no more at risk of being involved in car accidents.

The Hula Girl Dashboard Doll is the height of nostalgia. The earliest Hula Girls are believed to have been made in the 20s/30s with the nodding variation being created in the 1950s. Post World War II Hawaii received an influx of tourists and the doll soon became one of the most notable souvenirs of all time. As the trend grew, Japan slowly infiltrated the production market with the majority being produced there.

The doll is made of plastic and has springs in her legs so she would wiggle as your car moved. When cars had metal dashboards way back when you’d attach her with a magnet which would sit in the base. If you’re looking to install a Hula Girl on your dashboard in 2019 you’ll have to opt for the double-sided tape trick. 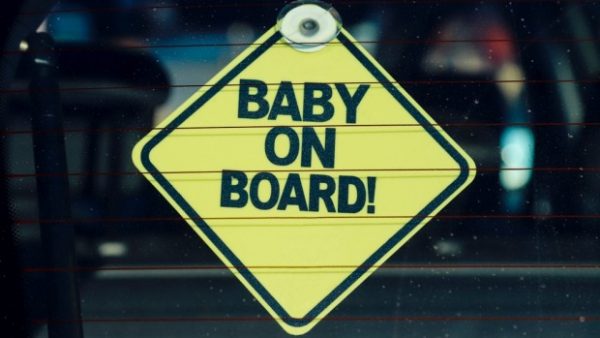 Created by Michael Lerner in 1984, a real-estate agent from Massachusetts who wanted to keep children safe during car trips. The baby on board sign soon developed into an entire business for Lerner called Safety 1st which at its height was selling 500,000 signs a month.

Contrary to popular belief the sign was not created for emergency services to be able to find an infant in the instance of an accident, rather a warning to other drivers. In saying so just because someone doesn’t have one of these fun signs hanging in their back window does that mean you can hit them? 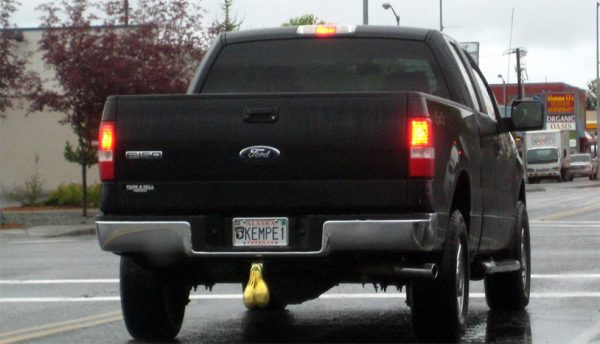 Vehicle vanity peaked with the truck nuts trend. Somewhere in the mid to late 2000s the phenomena of attaching a metallic dangling scrotum under your rear bumper rose to popularity.

Truck Nuts became the centre-point of heated debate particularly in the US whereby some people called for displaying them on your car to be a punishable offence. Florida succeeded in 2008, deeming them illegal and subject to a $60 fine.

Don’t be worried if you’re in Australia however, there’s nothing illegal about this one over here. 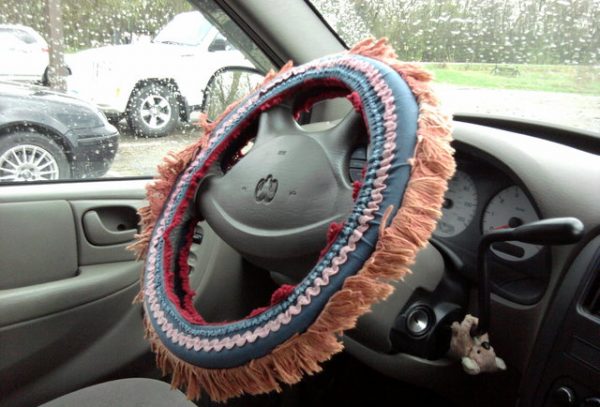 We get it, those Perth summers can be incredibly hot and we all know what it’s like to grab your steering wheel after leaving the car in the sun all day.

Sure a steering wheel cover may mitigate that a little bit but for the most part they are down right ugly. We can guarantee you they weren’t designed by the person that designed the car and that’s why you end up with something that stands out so badly. Not to mention the fact they can be incredibly dangerous and reduce your control of the vehicle, which can be especially bad during winter. 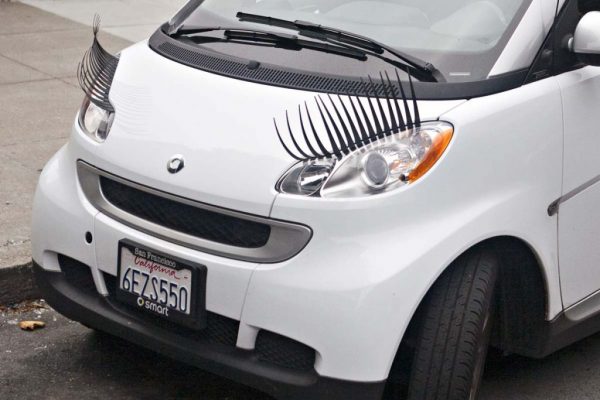 By the 2010s some drivers opted for a more feminine touch with car eyelashes. The brainchild of Dottie Small from Utah, car eyelashes were adopted by those wanting to make their vehicle look “prettier”. If that’s your goal don’t stop there, your car needs a wig and some lips too! 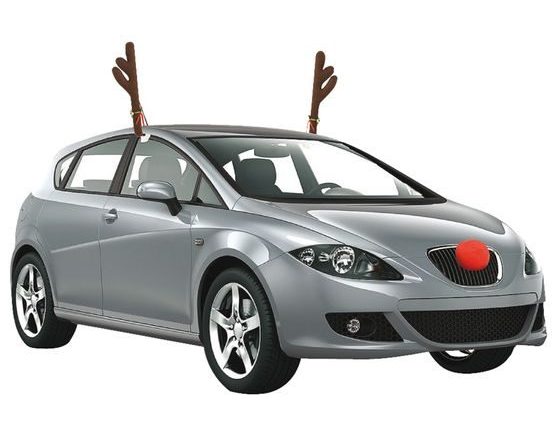 If you’re more of the festive type, maybe you want try out some holiday car accessories like these vehicle reindeer antlers. Add a red nose for that Rudolph touch!

Nothing says Christmas cheer like turning your entire car into a reindeer! 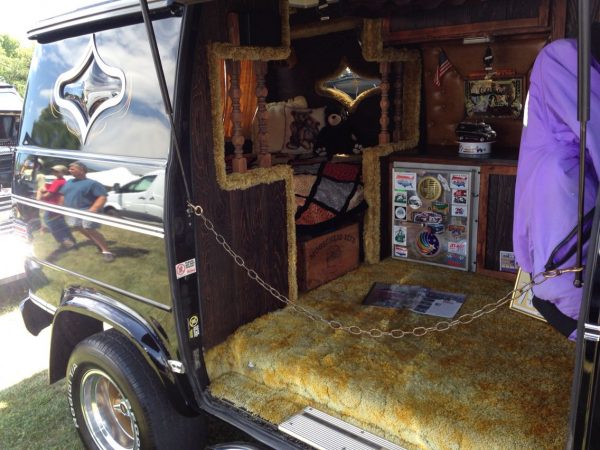 The 70s saw the rise of the panel van and shagpile carpet. Shagpile carpet was an essential addition to add that ‘wow’ factor to the shaggin-wagon!

Here in Australia, the Holden Sandman was the most iconic iteration of this coming in both a ute and panel van style between 1974 and 1979. In 2015 the brand decided to revive the Australian icon, coming fully equipped with orange shagpile carpet. The same way everyone knew what you were up to in the 70s with shagpile carpet in your car, you won’t be fooling anyone in 2019 either. 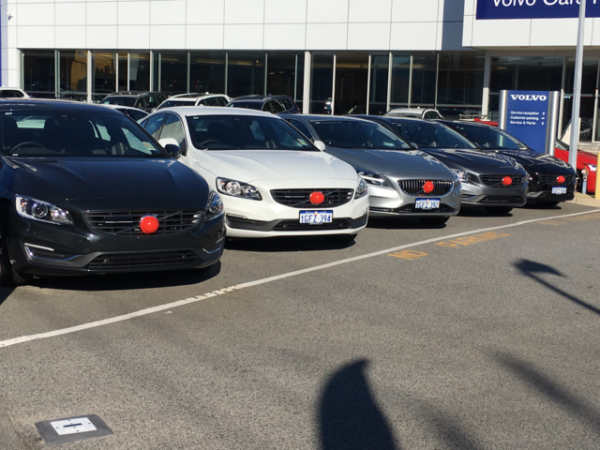 The only car accessory on the list the team at Gino’s will proudly stand behind.

Red Nose Day occurs every year on the 30th of June, whereby people can wear a red nose or add a red nose to their car to show support for Sudden Infant Death Syndrome (SIDS). The day tracks back to the late 70s in Australia but it wasn’t until 1988 Australia had it’s first national Red Nose Day. The fundraising activities have generated more than $16.5 million for research and education programs to date.

If you’re interested in purchasing a red nose for your car keep an eye out for them here. 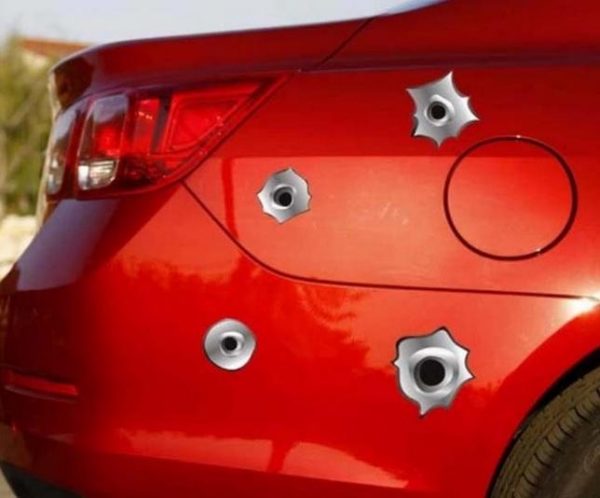 An extra special car accessory trend from the early 2000s, fake bullet hole stickers were adopted by those wanting to dip their toes into gangsta-life as well as those attempting to be funny.

Often placed on car doors, bonnets and bumpers these stickers aren’t fooling anyone! If you’re still driving around with fake bullet hole stickers on your vehicle in 2019 we implore you to stop.

Gino’s Panel and Paint cannot (actually will not!) help you with installing cool sticker decals or a Hula Girl, however if you’re looking for panel beating services, new tyres, wheel alignment or a car service be sure to get in touch with our friendly team today.