In one of our previous blog articles, we noted the alarming statistic that 30% of car accidents in Australia involve vehicles running off roads and losing control, with single vehicle accidents leading the way in terms of roadside fatalities throughout the nation. When it comes to protection from sudden impact, airbags are invaluable, designed to deploy at an astounding speed of over 300 kilometres per hour to cushion your impact and limit physical injury.

Whilst we all depend on these safety mechanisms to protect us in times of crisis, it pays to double, triple (even quadruple) check your vehicle for airbag safety.

How Airbags Should Work

Airbags, also referred to as supplementary restraint systems (SRS) or supplementary inflatable restraints (SIR), include an electronic accelerometer chip which recognises variations in speed just prior to collisions, helping to deploy an airbag circuit in times of extreme deceleration. This then triggers the nylon airbag which inflates on impact and deflates once the driver’s head hits the cushioned surface. The deflation rate is key in this process, as without this, the driver’s head would simply bounce off the airbag and cause further damage. The extreme rate of airbag inflation stems from internal gases used in each airbag, which, when triggered, are harmless to the driver.

This entire process all occurs within milliseconds and is over in a blink of an eye, with zero margin for error.

Airbags are manufactured with safety as their primary objective, so it was a shock to the world when it was discovered that Japan-based company, Takata, had installed a series of airbags which were not only deemed unsafe, but fatally dangerous. The Takata airbag crisis of 2017 snowballed after it was initially found that their airbags contained a risk of shrapnel being projected into passengers when the airbags were activated, with tens of thousands of vehicles being recalled worldwide after links to 11 deaths recorded in the US alone. In some occurrences, passengers were known to have had flying shrapnel pierced eyes, faces, necks and chests with one reported death in Sydney.

This quickly turned into one of the biggest auto safety scandals in history and Takata filed for bankruptcy in Japan and the US after acquiring more than $9 billion in debt. It was estimated that 100 million vehicles worldwide were affected by the crisis. Since July 2017, 80% of all Australian vehicles with Takata airbags have been recalled to replace the faulty airbags.

Whilst this is fantastic progress, that still leaves 20% of affected vehicles as potential hazards waiting to happen.

A cause for serious concern. 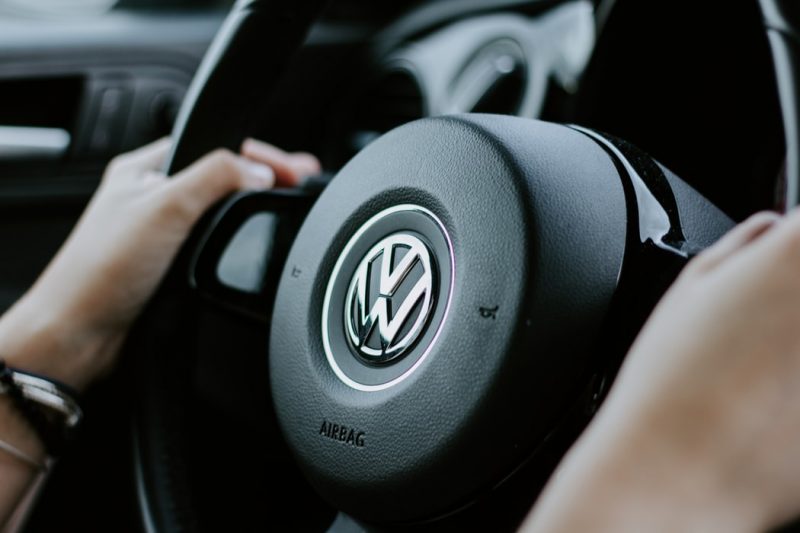 How Can I Check My Airbag Safety?

There are a number of free online resources available to check your airbag safety, and it doesn’t require you booking an appointment with a mechanic. The aptly named Is My Airbag Safe website is your go-to resource for checking your vehicle’s airbags are safe. All you need to do is insert your license plate number and your home state, before clicking the ‘Check my vehicle’ button to see if your vehicle is fitted with Takata airbags. An instant response should provide instant peace of mind.

“There is no question that any vehicle fitted with Takata airbags is a vehicle that is too dangerous to drive. If you’re unsure, we strongly recommend performing an online check first and foremost, whilst also checking with your car manufacturer just to be sure.” – Aaron Scagliotta, Director (Gino’s Panel and Paint).

Why Haven’t All Takata Airbags Been Recalled Yet?

With 19.5 million registered motor vehicles throughout Australia (January 2019), it is still a major concern that a number of vehicles are still on our roads fitted with potentially fatal Takata airbags. The Australian Competition And Consumer Commission (ACCC) have been part of the drive to recall all faulty airbags from the market, calling for a compulsory recall from March 2018 which has resulted in 4,175 airbags being replaced on average every single day (Source: ACCC media release – August). As of June 2019, it was reported that 3.21 million airbags had been replaced across 2.28 million vehicles throughout the nation. The arduous task has found that rural communities and citizens from culturally and linguistically diverse (CALD) backgrounds have fallen behind on having their airbags checked, calling for a push to educate and encourage these communities to take action immediately.

“We’ve met with key community organisations around Australia who have been very helpful in spreading the word about the importance of the recall and the need for vehicle owners to act.” – Delia Rickard (ACCC Deputy Chair). 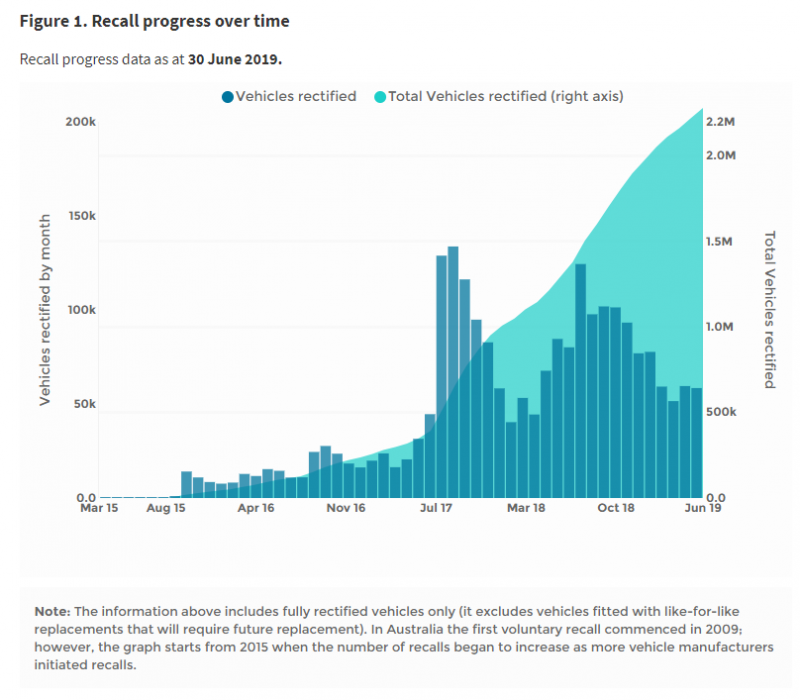 December 2020 Is The Official Deadline

As the nation goes about addressing the Takata airbag crisis one vehicle at a time, there is a looming deadline on the horizon. As stated by the ACCC, 31 December 2020 is the official date for all vehicles to have been recalled and all defective airbags replaced, as a legal duty of care from suppliers. The Takata recall has been officially identified as the most significant recall in Australian history, with much work to be done to deem all vehicle airbags as ‘safe’ for our nation’s drivers.

Whilst there are several organisations on a quest to recall the full fleet of defective airbags, word of mouth is still a powerful way to ensure the message gets shared throughout our community. Be sure to speak to your loved ones, friends, colleagues (even the corner-store shop owner) to let them all know that a quick online check is well worth the time. If you are still unsure of the potential risk to your vehicle, you can book a car service with a friendly member our service team, who can help double check your airbag safety.