The inevitable risk of being involved in a car bingle is a risk we all take each time we get behind the wheel and take to the Perth streets. When it happens to the everyday person, it may or may not make the news, however, when it happens to a celebrity or known local Perthonality, it always makes the news.

Over the years we’ve seen a number of high profile crashes reported on popular news streams, so we thought we’d wind back the clock and take a look at famous Perth car bingles.

My GPS Told Me To Do It 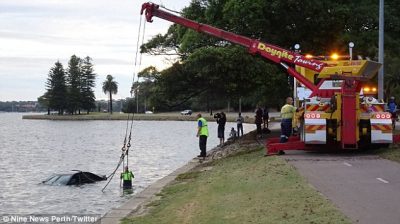 Maps and street directories are a thing of the past thanks to modern day technology in the form of GPS systems that track your location and guide you to your destination. Whilst we sometimes question the routes suggested, ultimately the technology usually knows the best route…..usually.

Arguably one of the most famous Perth car bingles in history dates back to February 2017 where a woman was driving her black Toyota down Hackett Drive in Crawley, following her mapped route via her on board GPS. Within a split second of consulting the device, the driver lost control and ended up in the Swan River, an all too common occurrence from today’s distracted drivers. Whilst the driver was unhurt, the vehicle itself was not so lucky, with a crane later removing the flooded Toyota from Perth’s popular estuary.

Strangely enough – it’s not the first time a car has ended up in the Swan River either. Earlier this year in May 2019, a Perth taxi driver found his cab being fished out of the river after the 43-year old last control behind the wheel due to wet conditions at the time. The most entertaining part of the story, the cabbie was rescued by a passing rowing coach!

“The moral of the story here is to always keep your eyes on the road at all times. Whilst GPS devices are fantastic support tech for drivers, there is no substitute for driver attention to keep our Perth roads safe.” — Basil Scagliotta, Director (Gino’s Panel and Paint).

Oops – Ben Did It Again

Labelled as one of the greatest players to ever play Australian Rules Football, and indeed one of the West Coast Eagles most celebrated players, Ben Cousins has always been known as a champion on the field. Throughout his decorated 12-year career, the West Coast Eagles star become a crowd favourite with fans, soon becoming a household name on and off the field – and not always for the right reasons. 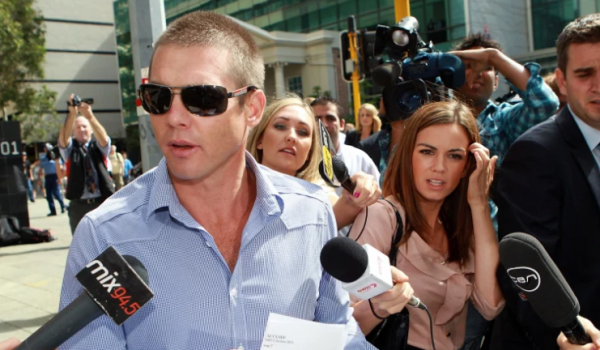 The Swan River features again – with Cousins taking an unconventional dip in the famous Perth waterway after he abandoned his car (and girlfriend) to avoid a booze bus on Canning Highway in 2006 – not his finest hour. March 2015 produced another case of ‘Oops Ben did it again’ when the AFL star was arrested following a police pursuit whilst driving recklessly and running numerous red lights at unconventionally slow speeds. Cousins was later reported as telling the police he was unable to stop due to a family emergency. Further traffic incidents include a collision with an elderly driver following an unsafe u-turn in Melbourne, an evening spent directing traffic in the middle of Canning Highway  and a head on collision with a truck on Abernethy Road in High Wycombe – all ranking amongst the most famous Perth car bingles. 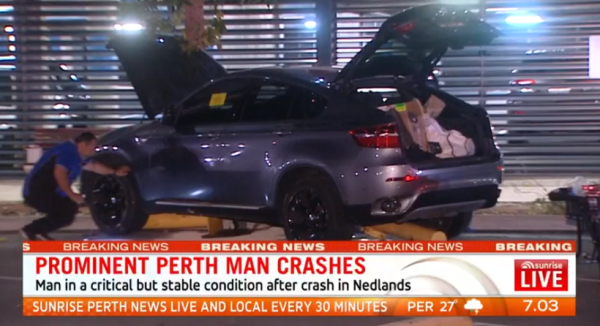 Being a Perthonality has its advantages, from VIP red carpet treatment to adoring fans asking for autographs – except for when you crash your car. In October 2018, a well-known WA identity suffered a medical episode causing his BMW to crash into cars, bollards and trees near Sir Charles Gardiner Hospital. The 56-year-old was en route to the emergency department due to an associated medical issue when he lost control, later being treated for minor cuts and bruises – one of the benefits of crashing outside a hospital! 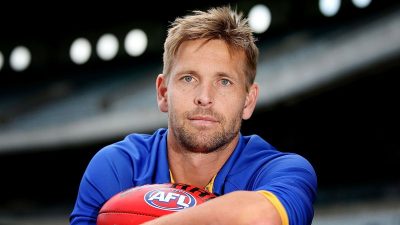 On a more sombre note, and continuing on the football theme, former AFL Eagles forward, Mark LeCras came to the rescue to save two people from a horrible crash on Great Eastern Highway in June 2019.

Reported as one of the most famous Perth car bingles of 2019, the AFL report stated that LeCras was travelling in the opposite direction when he noticed a car veer off the road into surrounding bush land with three passengers inside. Rushing to the aid of the vehicle, a 29-year-old man and a 52-year-old woman were dragged from the vehicle by the Eagles superstar before it ignited, with the third passenger, a 28-year old man, not being so lucky. The Australian reported the incident as careless driving with the 29-year old driver charged with dangerous driving occasioning death under circumstances of aggravation.

The Carpark Debate That Went Viral 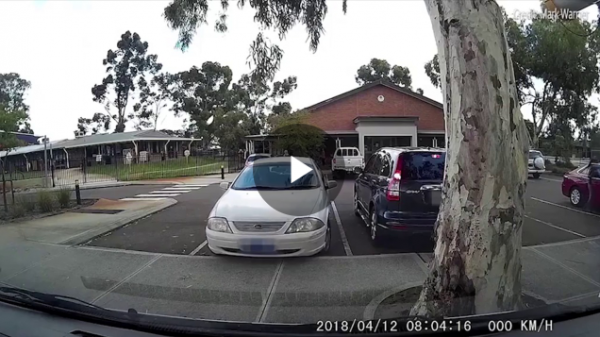 Whilst not linked to a high profile celebrity, a video of a local school carpark prang went viral back in April 2018. Reported on popular UK media channel Unilad, the video became one of the most famous Perth car bingles due to the divided opinions of who was at fault during the incident. Initially published on the ‘Perth’s Worst Drivers’ Facebook Group, the video shows a white Ford reversing to leave the carpark, as a black SUV reverses into the parallel bay, only to find the Ford strikes the SUV as it turns to leave the school. Everyone from insurance providers to everyday drivers had their say in the comments, with a divided approach as to which driver was to blame for the collision.

The Bayswater Bridge Fights Back 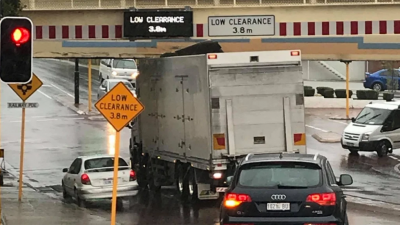 Barely a month goes by where the Bayswater Bridge (a.k.a. the Mt Lawley Subway) has not claimed another hapless victim! The heritage listed bridge is (and always has been) 3.8 metres, but this does not stop many a daring truck driver from sucking in his breath, leaning back in his seat limbo-style and trying his luck to squeeze under this bad boy! Check out the latest stats at How Many Days Since The Bayswater Bridge Has Been Hit?. Our honourable mention goes out to the bridge, who bravely fought back in May 2019, dropping a sign on an Audi. 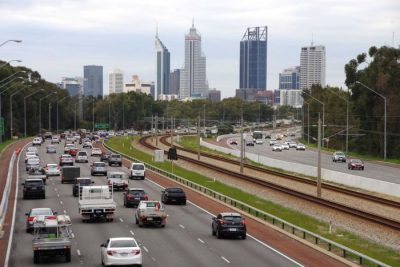 Whilst these stories of famous Perth car bingles have all focused on local celebrities and viral videos, it just goes to show how anyone can be involved in a car crash, famous or not. So it pays to stay safe on our Perth streets and to constantly maintain full attention, whilst being of sound mind and cautious before every driver decision. With over 130 fatalities reported by the Road Safety Commission in 2019 so far, this is a statistic we all must aim to minimise through driver awareness and safety. At Gino’s Panel & Paint, we care about our employees, our customers, our community and our world and our systems, process and actions reflect this.

Drive safe out there folks, and please, keep your eyes on the road.